Here are the final months of the Garden Photo Challenge. Below you will find the Collages I made of  the photos I took each day. By arranging them into a weekly collages you will see the variety of interest I can found in my small garden during late Winter and on into the Spring 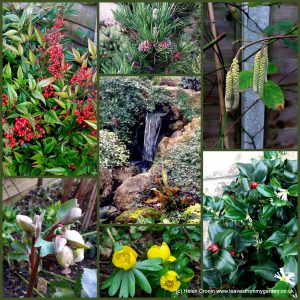 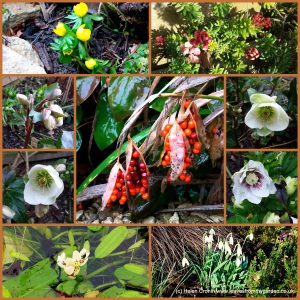 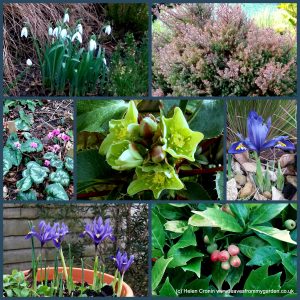 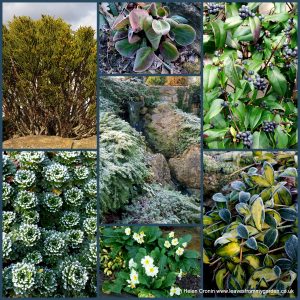 5th Feb – Frost on the Waterfall and dwarf Conifers

7th Feb – Frost on the leaves of Variegated Periwinkle 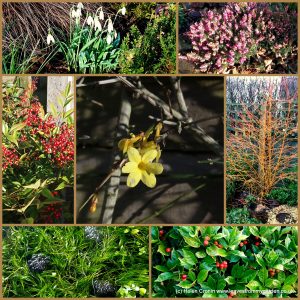 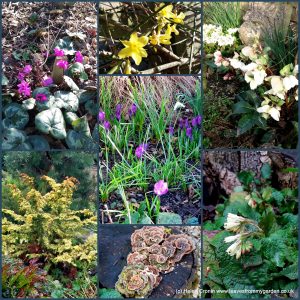 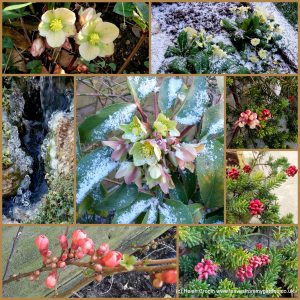 26th February – Ice in the Waterfall

1st March – Ice in the waterfall 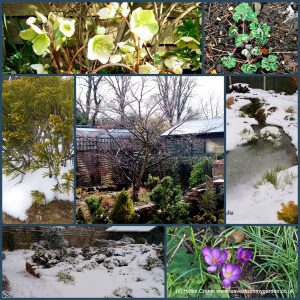 6th March – Sunshine on the Hellebores 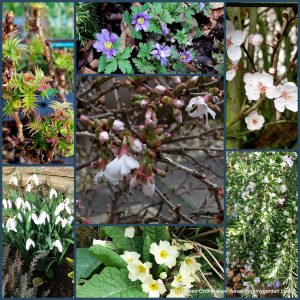 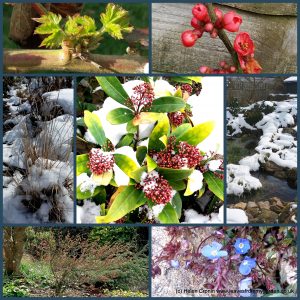 19th March – Waterfall in the snow 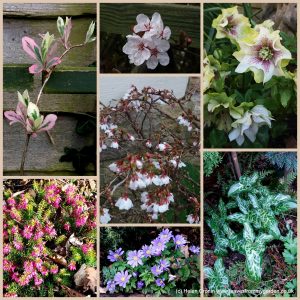 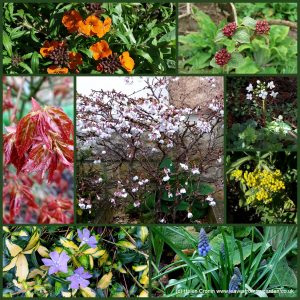 30th March – Yellow flowers of an Alpine in the Hypertufa trough

5th April – Cardamine flowers in a shaft of sunlight