Beauty is in the eye of the beholder

Yes it is or so they say. For some (weird?) reason I love oak, rusty iron or a combination of the two. A beautiful stack of split logs for the wood burner gives me a warm (!) glow of satisfaction. Perhaps it satisfies the Hunter/Gatherer in me or fulfils my Homemaker/Nest-maker urge, I don’t know which. 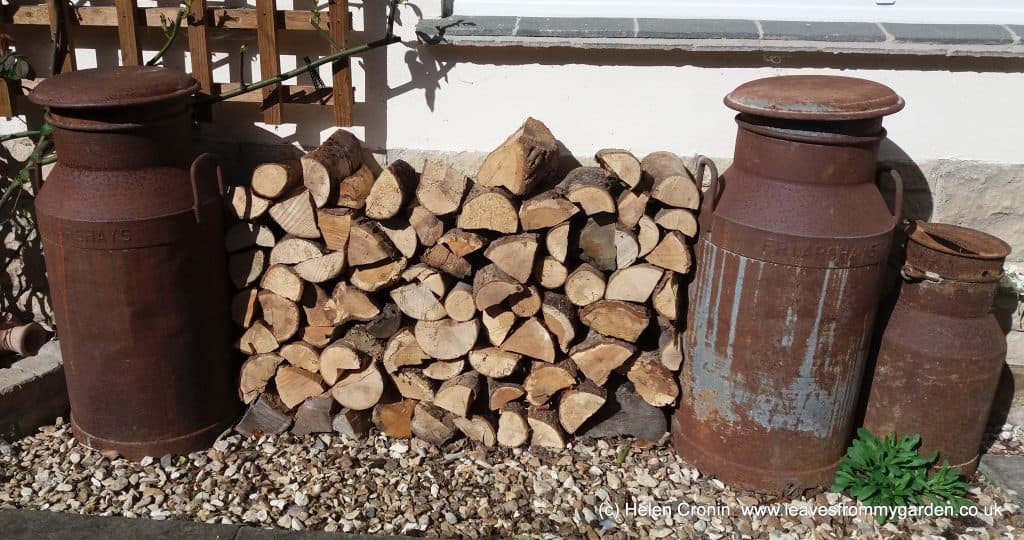 When I combined the stack of split logs with the beauty of some rusty Milk churns, bliss! I could only stand and sigh with the happiness. Such as that of an art-lover in a Gallery, gazing in rapture at the Masterpiece before them. 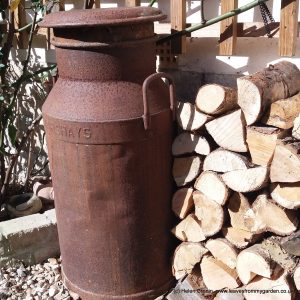 Some might accuse me of an acquisitive nature, and I have had to rein-in my desire for all things rusty and of a bygone nature but still I have managed to obtain and display a few choice items. Nothing I collect is of great monetary value, and usually they are extraordinarily weighty but I love them and they give me great pleasure. Somehow using vintage items in my garden gives it an air of maturity, of timelessness. And a few of them have a story to tell as well. 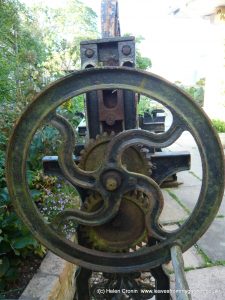 The mangle was found via good old eBay from a Local seller. Duly paid for online, I persuaded my husband to fetch it in his van one evening. We found the tiny turning to the village off the main road and trundled down a pretty twisty lane. At the crossroads at the centre of the hamlet, we headed on to the address I had been given. A delightful lady came to the door and then showed us where the Mangle was standing.

We were nearly mangled!

To remove it meant dragging it through her house and along her gravelled path. She kindly pointed out to us that one wheel was jammed. This meant having to half lift the thing to get it to the van.

As we huffed and puffed and dragged it along trying to cause as little damage as possible to her property, we chatted. She had bought the Mangle from an Auction at a Cattle Market in my nearest town just four miles from where I live. The Lady then told us how she had used it to make Cider. She would put the apples in hessian sacks and then feed them through the rollers. I think she was a little disappointed to hear that the Mangle she had owned for about 40 years was going to be stood in the Garden and not a Barn. 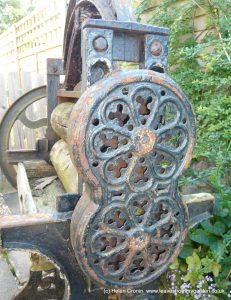 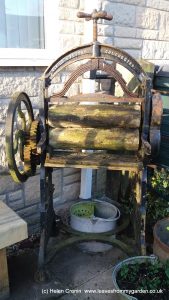 Once we had finally paved and prepped the corner of the garden, we manoeuvred the Mangle into position. And there it sits now, in all its rusty glory, next to an oak bench my husband has made. A corner of the garden in which to pause and rest a while. A place to sit and gaze on the beauty of this magnificent piece of ironwork that was for years an active part of domestic life for many.

The Breton Hand Plough was another eBay find but indirectly. We had gone to collect a couple of Cartwheels down in Devon and the lad who had sold them to us invited us to look at some other items his Dad had told him to get rid of. When I found out what he was asking for the Plough, I couldn’t pay him quickly enough! 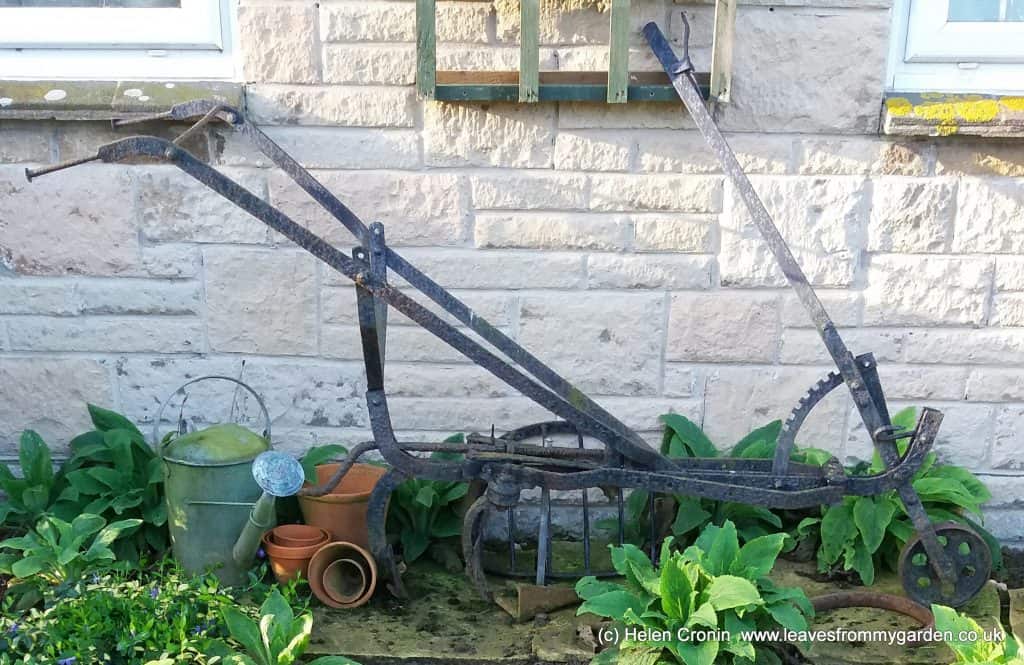 Amazingly we managed to get it, and the other bits (including a Dovecote!) we had bought, into our car. Rejoicing all the way home for another successful foray into the world of eBay!

As the planting around our vintage items have matured, they have blended into the garden. In a ‘new’ garden everything can look far too clean cut and tidy but given a season or two, and a chance for it all to settle in and they then appear to have always been a part of the Garden.

If you haven’t the room for a Plough, a carefully curated collection of old tin buckets or terracotta plant pots can be just as effective. With a little imagination, and a treasure hunt or two, you can add a ‘vintage’ touch to your garden. 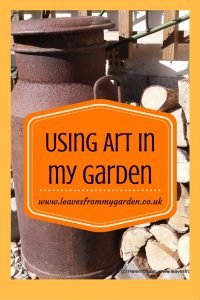 0 shares
« The New Garden
My Husband Is Not A Gardener »